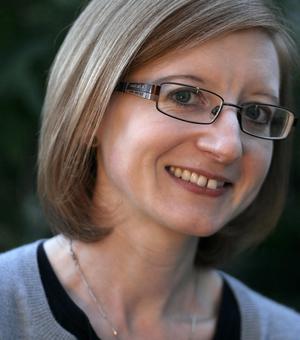 Helen has been Associate Professor of Medieval French at the University of Oxford and Tutorial Fellow of St Hilda’s College since 2005. During her undergraduate degree in English and Modern Languages, her fascination with the literature of the Middle Ages took hold. Her DPhil research interrogated a group of fifteenth- and early-sixteenth-century narrative fictions written by men in defence of women, which became her first book, Gender, Writing, and Performance: Men Defending Women in Late Medieval France, 1440-1538 (Oxford University Press, 2008). Questions arising about reputation, legacy, and storytelling would crystallise into her second monograph, Representing the Dead: Epitaph Fictions in Late Medieval France (D. S. Brewer, 2016), runner-up for the Society for French Studies R. Gapper Prize in 2018. Local collaborations have included a British Academy-funded research group, ‘Voices in Medieval French Narrative’, and a workshop ‘Whither Death?’ for the Oxford Research Centre in the Humanities’ headline series ‘Humanities and Identities’, which led to participation in European Researchers’ Night with a stall entitled ‘You are what you leave’ at the Pitt Rivers Museum. She has worked closely with colleagues in France, Switzerland, and the USA on the materiality of medieval literature and the impact of developments in the digital humanities on the study of late-medieval manuscripts and early printed books. Helen has served as Vice-President of the Society for the Study of Medieval Languages and Literature and was a panellist on Radio 4’s In Our Time discussing the pioneering fifteenth-century writer Christine de Pizan.

With a strong interest in interdisciplinarity, she has served as course director of the MSt in Medieval Studies and MSt in Women’s Studies. She has served St Hilda’s as Fellow for Schools Liaison and Tutor for Graduates; she is currently Communications Fellow. In the Faculty of Medieval and Modern Languages, her roles have included Schools Liaison Officer and Director of Undergraduate Studies. In 2014, she received the Oxford SU ‘Outstanding Tutor’ award for the Humanities.

She has just become a Governor of John Watson School and Wheatley Nursery School.