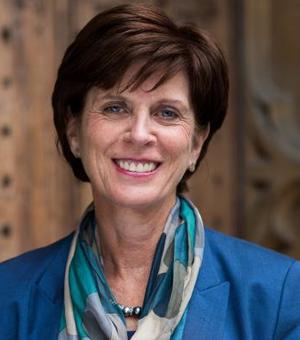 Louise Richardson studied history in Trinity College, Dublin, before gaining an MA and PhD in Government from Harvard University. She spent 20 years on the faculty of the Harvard Government Department, and then served as Executive Dean of the Radcliffe Institute for Advanced Study. She became Principal and Vice-Chancellor of the University of St Andrews in 2009 and, in January 2016, was admitted as Vice-Chancellor of the University of Oxford.

A political scientist by training, her research interests lie in terrorism and counter-terrorism. Her publications include Democracy and Counterterrorism: Lessons from the Past (2007), What Terrorists Want: Understanding the Enemy, Containing the Threat (2006), The Roots of Terrorism (2006), and When Allies Differ (1996). She has also written numerous articles on international terrorism, British foreign and defence policy, security institutions, and international relations, and has served on the editorial boards of several journals and presses.

Her awards include the Sumner Prize for work towards the prevention of war and the establishment of universal peace, Harvard’s Centennial Medal, and honorary doctorates from MGIMO University, Queen’s University Belfast and the University of Aberdeen. In 2010 she was elected to a fellowship of the Royal Society of Edinburgh and, in 2015, she became an honorary member of the Royal Irish Academy.

She served on Scotland’s Council of Economic Advisers from 2011 to 2015, and currently sits on the boards of the Carnegie Corporation of New York and the Booker Prize Foundation.

Other members of Council

Use the list below to search for other members of Council